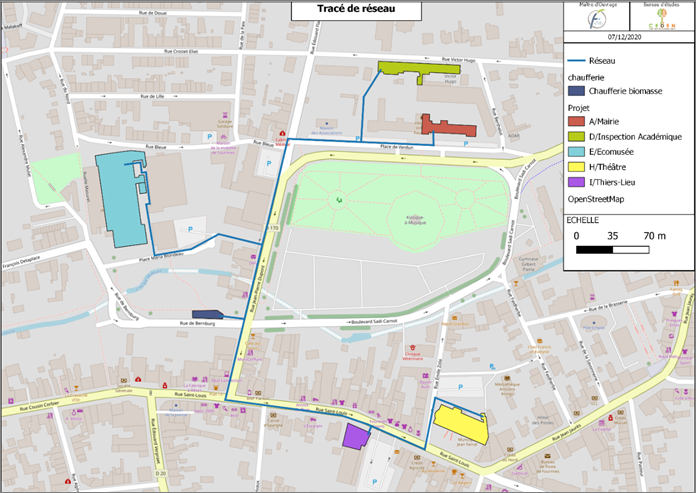 The city of Fourmies, a pilot city engaged in the construction of a wood-based biomass heat network for its pubic buildings published the tendering documents to recruit a company (or a group) for the construction, maintenance and exploitation of this network for the duration of the next 6 years.

A special focus has been given to the origin of the biomass as the candidates are obliged to provide originating within the radius of 50 km (to avoid any penalty) while no biomass originating outside the radius of 100 km will be admitted. Provisions have also been made so as to facilitate the local suppliers to make direct contracts with the city.

A successful co-creation event was also conducted to have a public consultation regarding the exterior aspect of the storage & boiler building. Through the casting of votes online, the people have decided on a building with a exterior composed of vegetation while a chimney made of bricks (reminiscent of the textile museum in the backdrop) or wood envelope. These choices will be taken into account and imposed on the candidate for the architectural aspect of the building.

In keeping with the INTERREG SHIFFT project, the political ambitions regarding the energy transition, the idea for the development of a heat network is to demonstrate the inhabitants the technology and prepare a base (launch pad) for the easy adoption of renewable heating technologies. For example, the city is planning a larger heat network for the eco-neighbourhood with residential buildings.

The SHIFFT pilot focuses on 2 scenarios:

The city has asked the candidates to send their propositions regarding the two scenarios which will then be scrutinised for their technical and economic viability and a choice will be made accordingly by the end of June 2021. 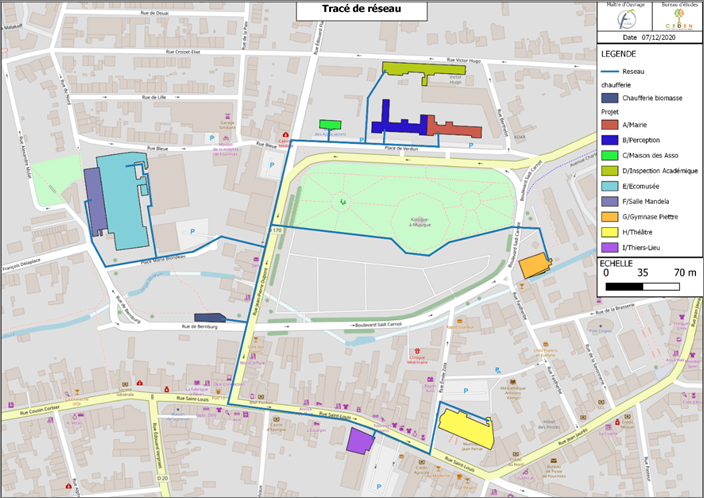