Co-creation, a residents’ initiative and a role model for other Home Owners’ Associations 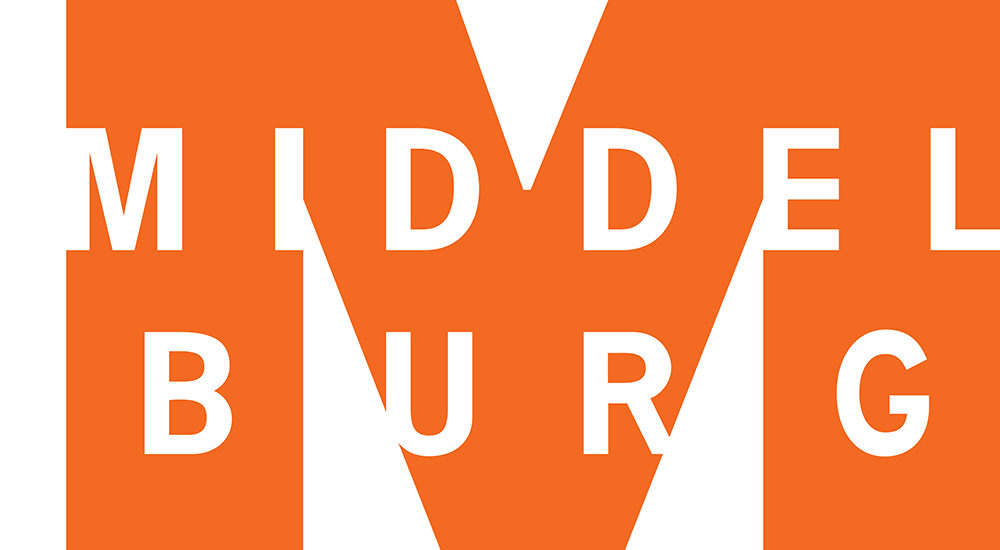 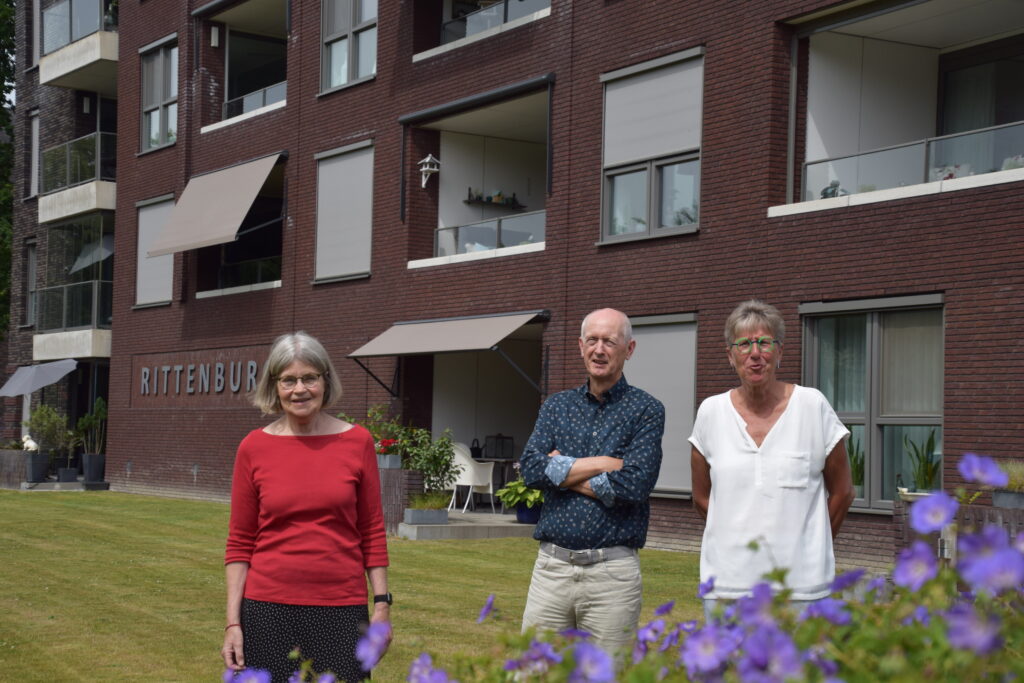 How do you make an apartment complex energy-sustainable? With the energy of the residents of course!

In the south of the city of Middelburg there are two identical apartment buildings with 18 apartments each. The Owners’ Association, together with a number of enthusiastic residents, have started an initiative to make the two buildings more sustainable where it concerns energy consumption. First, the Association intends to investigate whether the heating system can function without the use of natural gas. Thereafter, the team will look at sustainable transport and charging stations for electrical vehicles.

“I am a child of the ‘gas generation’. The idea that there will be no more natural gas makes me uneasy. I want to be independent where it concerns my energy supply,” says Gert Rutten, one of the residents. With a career at an architectural firm in his backpack, retired Gert is a great pacesetter in this process.

Hurry up with independence of natural gas

The Municipality of Middelburg applauds the initiative. You can make progress happen faster through initiatives such as that of the Owners’ Association. An Association is not concerned with making a single home more sustainable, but with making a large number of homes more sustainable. And that is absolutely necessary if we want to make headway towards fulfilling the objective of the Dutch Climate Agreement: all homes independent from natural gas by 2050.

A substantial investment, but one that feels like ‘freedom’

The biggest challenge so far? Gert: “The technical part is complicated, but you can get advice on that. Getting all — or at least almost all residents — on board is a different story. If everyone is to participate, the implementation of the measures will be easier and they also will have a greater impact. In addition, costs can be shared among as many people as possible. But even then, it remains quite costly. And we, as the initiators, can’t decide about our fellow residents’ wallets. We really don’t want to do that either! Everyone has the right to say ‘no’. For me personally, investing in these measures NOW and never getting an energy bill thereafter feels very attractive — like a kind of freedom. But if you calculate the exact payback time, it is quite long. And in an age where many are driven by a financial picture only, some people may lose interest soon. However, there are many more reasons to become more sustainable, just ask other members of our ‘sustainability team’!”

This complex operation requires the brainpower and effort of several residents and professionals. Five residents are taking the lead. What drives them? Johan Kasse, former police officer, feels responsible for the generations that follow him. The war in Ukraine has added to that. “Of course, we’ve known for a long time already that we can’t go on looting the planet earth. I want to help tackle this problem.” Corrie van Ee has experience in social work and healthcare. “Before I got involved with this team at the meeting of the Owners’ Association, I never gave much thought to energy conservation and sustainability. I find it really very interesting; I learn a lot and it’s fun too. Although I don’t have any children, I realize that I am not alone on this planet. I want to leave it as best as possible. I hope that we can make this happen and set an example for other Owners’ Associations. I will do my utmost to achieve this. If it doesn’t work out, I won’t mind. I’ll go about it myself, as an individual. But I’d much rather solve it together with my fellow residents. Then you can achieve more.”

The immediate reason for investigating the possibilities to further sustain the buildings was the desire of one of the residents to install a heat pump. A great initiative, but there were also drawbacks. Noise pollution for the neighbours, for example. The seed was planted to take a collective approach to make energy consumption more sustainable. Or at least to investigate what would be possible collectively. And to involve the residents of the twin building too. We had a survey among all residents. This was followed by a newsletter with more background information, in addition to a meeting that was well attended, despite the fact that Feijenoord was playing soccer! And yet another newsletter.

The members of the team agreed that they needed to bring in an independent advisor. Someone who could oversee all possibilities, solutions and difficulties and who could explain these in detail to all residents. The sustainability team is happy with the input of Robert de Bourgraaf of the consultancy firm Dubourgraaf. He is able to present and explain clearly all options, even to those who are less familiar with technology.

An important but complicated point of attention for the team is to clarify the subsidy and financing options. Gert: “An employee of the municipality is helping us and during a subsequent meeting we will present the different options to all residents. We hope to arrive at a decision by the end of 2022 which will require another general meeting of the Owners’ Association. If the decision is positive, more work will need to be done before any plan can be implemented. The work of the sustainability team is not over yet!”

Role of the municipality of Middelburg

The sustainability team approached the Municipality of Middelburg with the request to support the initiative of energy-sustainability, in addition to contributing to the costs of a technical advisor and the information evenings. Especially at an early stage, a relatively small contribution can give this kind of initiative a crucial boost. Inspired by this request, the municipality has made available a modest subsidy scheme under which Owners’ Associations can ask for a contribution of 50% of their initial research costs, up to a maximum of € 1,500. In return, an Owners’ Association will be closely monitored and experiences will be shared so as to serve as inspiration for other Associations and the SHIFFT network and to further spread the energy created by co-creation! 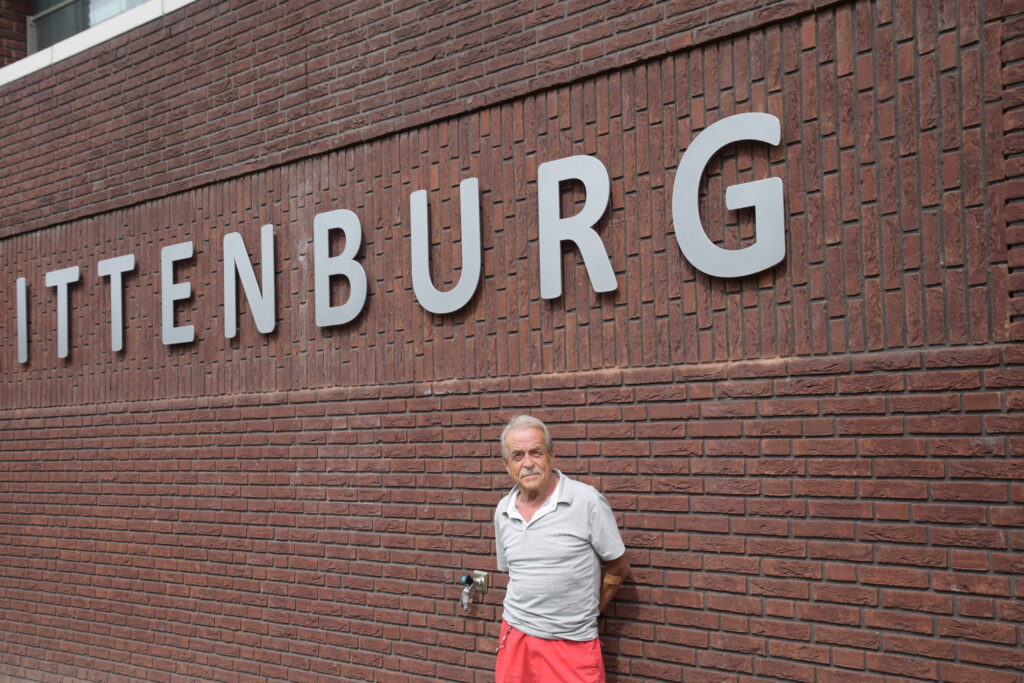 Ron Bielok (77) lives on the first floor with his wife Wilma. “Off Russian gas – we should have done that back in 2014! We need to be much more independent from rogue states. My energy contract will expire soon. I always choose a green energy supplier through auctions held by the Consumers’ Association. Now I will have to swallow; the prices have risen enormously. That makes it more interesting to invest in sustainable measures for your home. I hope that this can be done collectively. Individually you have far fewer options and less environmental gain. The input of the independent energy advisor at the meeting gave me confidence. I’m not committing yet; you’re talking about a large amount of money. I hope the municipality does something more to make it financially attractive.” 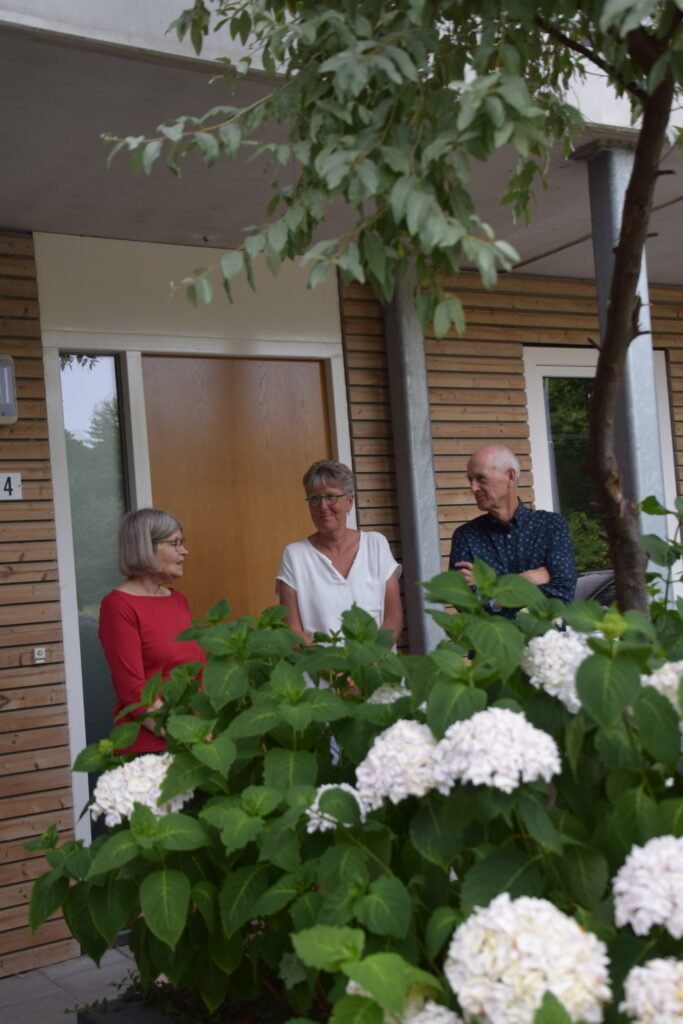 Marlies van der Stoel (74) is surprised that there are still gas connections in the Rittenburg apartments completed in 2017 or 2018. “Time for action now. I found the information meeting of the VVE very informative. The difficulty is that everyone has to participate in order to make such an effort really successful. If everyone joins, I certainly won’t be a spoilsport. I live in the smallest apartment and already cook on induction. I don’t think I’ll live to see the payback. It’s more a decision based on principle, with the environment for my grandchildren in mind and, therefore, also that of all future generations. I don’t get stressed out about any demolition and mess in the house: my late husband was an avid handyman.”